I’m selling off parts of my U2 collection. Contact me directly for package and postage prices. Standard CDs, Vinyl, Promos are available via Discogs.com

On this site you will find my pressed bootlegs (silver CDs), which are not allowed to be sold via Discogs.

U2 ‎– The Unforgettable Night

Cover with light scratchmarks due to normal handling.
Inlays and CDs in very good condition

Disc 1, Track 1 is the studio recording of „4th Of July“, playing while U2 take the stage.
Disc 2, Track 1 is „Party Girl“, followed by „Gloria“, both on the same track for some reason.

Issued with an info booklet.

Barcode and Other Identifiers 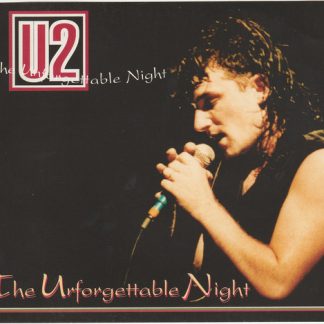 Du siehst: U2 ‎– The Unforgettable Night €40.00
In den Warenkorb

Check out my other CDs on sale on Discogs.com Ausblenden